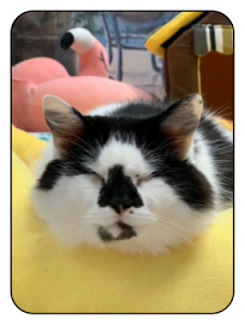 We hear about E. coli a lot in the news, but it’s usually related to an outbreak caused by food we humans eat making a lot of people sick.  After all, it is the number one cause of urinary tract infections in people.  You may be surprised to know that cats can get sick from E. coli, too.  We know that first-hand after last summer’s outbreak in one of our cat rooms – the one that took Emily and made Lisa so sick that she nearly died.  So, it’s important to know that E. coli is a danger to our pets, too.  We’ll share our experiences with this deadly bacteria later.

The basics are that E. coli (Escherichia coli) is a bacteria that lives in the intestinal tracts of mammals, including humans and cats.  Most of the time they are harmless and don’t cause any problems.  Of the 700 or so types of E. coli that have been identified, most don't cause illness.  However, there are a few that do cause problems, called pathogenic bacteria.

Most adult cats have no problems with E. coli, but kittens, senior kitties and those with compromised immune systems can get sick when they are exposed to it.  It infects cats when the bacteria moves into a part of the body other than the gastrointestinal tract, or when a cat somehow consumes a pathogenic (harmful) strain of E. coli.  From there it may develop for 3-6 days before symptoms being to appear.

How do grown cats get E. coli?  Gastrointestinal E. coli is usually traced to a cat eating under-cooked or raw foods, which can sometimes be found commercial pet foods.  Outdoor cats who hunt and eat prey, which is raw, have a better chance of getting it.  Urinary tract infections that are E. coli based can come from regular cat grooming, when the bacteria is moved from one area of the body to another through licking.

What E. coli symptoms a cat shows depends on where in the body the bacteria is located and also the basic health of the cat.  Gastrointestinal symptoms include vomiting and diarrhea, which may include some blood.  If it’s in the uterus of an un-spayed female cat, she may experience pyometra.  Even more dangerous, from there E. coli bacteria can easily move into the urinary tract. Cats who are diabetic, have kidney disease or Cushing’s syndrome can make them more prone to urinary problems.  If your female cat gets a urinary tract infection, a test for E. coli is a good idea.  Symptoms of urinary E. coli infection from wagwalking.com include:
We say this a lot and it’s true in this case, too.  As a good cat parent, you should be on the lookout for any of the general symptoms in cats that show something is off with their health and could possibly be related to E. coli.  These are loss of appetite, fever, lethargy, weight loss, dehydration and increased thirst.

An E. coli infection is an emergency situation so you should immediately call your vet if you suspect it.  In our E. coli outbreak, we learned that you should insist that your vet do an E. coli panel test first thing – before a cat goes on antibiotics.  We weren’t sure what we were fighting at that time, so our vet started the cats on general antibiotics right away.  Had we known it was E. coli at the beginning, we might have been able to save Emily and Lisa would not have nearly died.  Once we did know what it was, we were able to immediately start treating the other cats in the room for E. coli bacteria and they fought it off.

When a vet diagnoses E. coli your cat, they will give your cat the appropriate antibiotic to fight it, as they did for our cats.  Based on your cat’s symptoms, your vet may also prescribe intravenous fluids if your cat is dehydrated and some nutritional support, too.  Because E. coli can return, follow up visits will be necessary.

If you have multiple cats and an E. coli outbreak, you’ll need to take steps to treat their environment, too, because the bacteria can survive for up to 28 days.  Cat-world.com recommends cleaning any common areas, things they sleep on, eat out of and even litter boxes with: Your cat’s health is worth monitoring and being aware of all the time.  E. coli was totally unexpected at BCR since we maintain very strict cleaning and feeding practices.  Our experience with it made us even more aware of how stealthy it is and that we all need to be vigilant.  We’re very thankful that Lisa is the fighter kitty she is and that she’s still with us today. 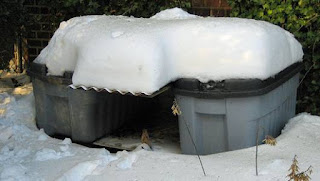 Feral and stray cats and caring for them 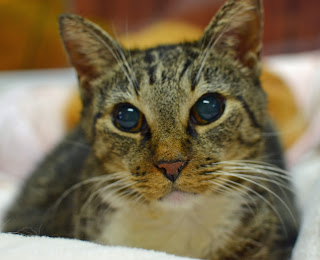